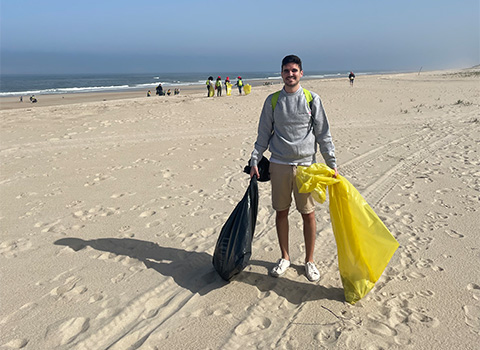 Stolt Sea Farm (SSF) launched The Great, Big Clean-up campaign in May as part of its 50th anniversary celebrations. The aim is to raise awareness of the importance of keeping our oceans, seas, beaches and rivers clean and contributing to a more beautiful and liveable environment for us all. 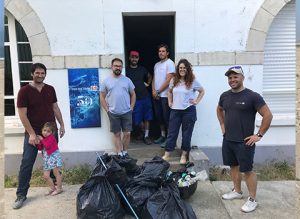 So far, two beach clean-ups have taken place in Spain and one in Portugal, as well as a reforestation event in Iceland and a riverbank clean-up in Anglet, France (left). SSF employees have been keen to get involved in all the events, inviting their families and friends and working alongside members of the community to take care of the environments in which we operate.

The clean-up of Lariño Beach, near Lira (Carnota, A Coruña), Spain, on Saturday, May 21, was a big success. This is an annual event, organised by the local community, and SSF employees were pleased to take part alongside members of the community of all ages.
One SSF participant said: “Every year it gets better, and you can see that there is less rubbish on the beach. The effort is very noticeable!”

On Saturday, May 28, SSF employees in Iceland planted 50 trees in Sólbrekkuskógur forest (right), and the forestry guard spoke to them about the benefits of reforestation.

The beach clean-up in Tocha, Portugal, on May 30, was organised by a local association and sponsored by SSF, which included providing backpacks, sun hats and other merchandise as well as helping hands to clean up the beach and surrounding areas near our farm. 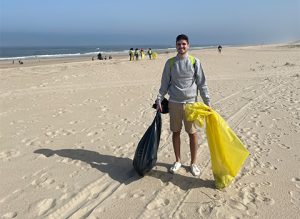 “Stolt Sea Farm was delighted to sponsor such an important community event to enhance our local environment,” says Carlos Tavares, Sustainability Manager, who also took part. “Around 250 people of all ages collected more than 600kg of rubbish, and we all got some exercise at the same time as the day took on a ‘plogging’ format, which involves periods of walking and jogging while picking up rubbish!”

More Great, Big Clean-up events are being planned over the summer.